The northwestern corner of Palo Alto County was one of the last portions of Iowa to be settled. Largely vacant until after the Civil War, it was rapidly filled with Norwegians and Danes starting in 1870.

A Norwegian Lutheran Church had been started in Wallingford in 1863, and the new settlers sought the help of this congregation in getting its new church established. On May 10, 1872, in a sod hut located about one-half mile east of the present church structure, a meeting was held. At this meeting, the Our Savior’s Norwegian-Danish Evangelical Lutheran Church was formed.

A Norwegian Lutheran Church had been started in Wallingford in 1863, and the new settlers sought the help of this congregation in getting its new church established. On May 10, 1872, in a sod hut located about one-half mile east of the present church structure, a meeting was held. At this meeting, the Our Savior’s Norwegian-Danish Evangelical Lutheran Church was formed.

The “Norwegian-Danish” part of the church’s original name calls for some explanation. The Lutheran Church was, and continues to be, the State Church of both Denmark and Norway. From roughly the Fourteenth Century until the conclusion of the Napoleonic Wars, Norway had been a part of the Danish Kingdom. Because Denmark had supported Napoleon in the war, Norway was passed off to Sweden. Norway would not become completely independent until 1905.

The State Church of Denmark had trained all Norwegian pastors until 1815. The Danish Church was a “High” church, featuring liturgy and magnificent hymns. The laity had little influence.

In Norway’s coastal areas, some resistance to the dictates of the State Church was developing by 1800. It favored a more “pietistic” approach to worship and more private and group Bible study. Some adherents of this approach were even jailed.

This area would provide most of those who emigrated to the U.S., particularly after 1850, and as one writer noted, “Anyone who chooses to leave the known for the unknown is likely to have a highly independent spirit.” These new settlers were not as attached to the State Church of the mother country, and the State Churches of the two countries tended to leave those who had departed for America more or less to their own devices. So, the Norwegian churches that emerged in America split into four factions, ranging from the “High Church” that sought to preserve the traditions of the State Churches to a segment that rejected all of the accouterments of the State Church, even the wearing of the traditional pastor’s garb by the ministers.

It was not until 1917 that these four separate Norwegian synods merged to form the Norwegian Lutheran Church in America. As with later mergers of Lutheran Synods, this was not acceptable to some congregations who found the abandoning of some traditions unacceptable to them. Most congregations, including Lost Island, were relieved that all Norwegian Lutherans were now a part of one church body, and one observer called the merger “a meeting of hearts, not minds.” Earlier Rev. C.L. Clausen, a Dane, had foreseen the need for eventual merger of Danish and Norwegian synods. In 1870, he had organized the Norwegian Danish conference. Rev. Clausen originally came to Central Wisconsin from Denmark to serve a Norwegian community, but then moved on to St. Ansgar, Iowa, from where he proceeded to organize several new congregations, including the one at Wallingford. That accounts for the inclusion of “Danish” in the first name given to what is now known as the Lost Island Lutheran Church. In 1884, a Danish synod was formed, and the Danish members of Lost Island joined fellow Danes to start the South Walnut Church. The two churches always enjoyed cordial relations and pastors of the churches often filled in for each other when the need arose.

The original church featured ornate woodwork and a hand-made altar. Norwegians tended to be skilled woodworkers, as they had been trained to make their own furniture. Spare time during the winter months was often spent with wood carving.

The many changes occurring in the community, nation and the world caused the church to adjust to the changes. The First World War saw many of the sons of the congregation called to the service of their country. Perhaps most of them had never before been out of the county. The country was rapidly becoming less rural and more urban. People moved into the community who had no connection to either Norway or Denmark. The younger generation had rapidly assimilated American ways, and lost the ability and desire to converse in the language of the mother country.

In May, 1918, the Governor of Iowa issued an edict that prohibited the use of any language other than English in worship. This was clearly unconstitutional, and called the “Babel Resolution” by national commentators. Although deeply hurtful to members of the Lost Island and South Walnut congregations, who considered themselves as loyal Americans who had sent their sons to fight in the European conflict, the edict may have had the unintended result of hastening the abandonment of use of the two languages among congregational members. The country was changing, too. Amendments to the U.S. Constitution banned the production and sale of liquor (18th Amendment) and gave women the vote (19th Amendment).

The former contributed to a growing lack of respect for the law, and the latter was
particularly significant for the Lost Island Congregation. Women up to that time, and for several years thereafter, were not permitted to vote in congregational elections. But the contribution of women to the success of the congregation, always significant, would continue to grow in importance. In more recent years, women have served as members of the church council and as president of the congregation.

An event of great historical significance to the congregation occurred in 1934 when the original church structure was destroyed by fire. Although it was in the depths of the Great Depression, members voted overwhelmingly to rebuild the church. It was built at a cost of $6,600, and its entire debt was retired by 1938.

Each merger to many parishioners, particularly older ones, seemed to represent change that was not always welcome. The Norwegian, Danish, and other ethnically based synods that were formed by newcomers to the United State were somewhat exclusionary in that a primary objective was to preserve some of the traditions of the “Old Country.” Many of these traditions continued to be cherished by generations of members. Dilution of these traditions was seldom welcome and sometimes resented.

The latest merger of Lutheran denominations occurred in 1988. It created the Evangelical Lutheran Church in America (ELCA). The ELCA was a much larger church body that brought together elements more varied than had been the case with prior mergers. The congregations from small towns and rural areas tend to be quite conservative, while those from urban areas were usually more liberal. The American Lutheran church had included large urban congregations, but it possessed a predominantly conservative “rural” attitude. Thus, the newly created ELCA encompasses a wide range of attitudes about emerging national issues.

The uneasiness escalated into what can be described as an open revolt when the 2009 general assembly of the ELCA voted by a margin of 559-451 to ordain as clergy gay or lesbian couples who were in a “committed monogamous relationship”. Immediately, many congregations initiated procedures to separate from the ELCA. One of the congregations that voted to leave was Zion Lutheran in Ruthven, with which Lost Island had been affiliated since 1973. 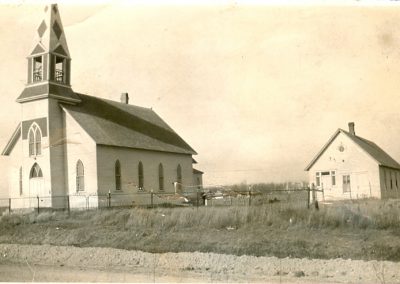 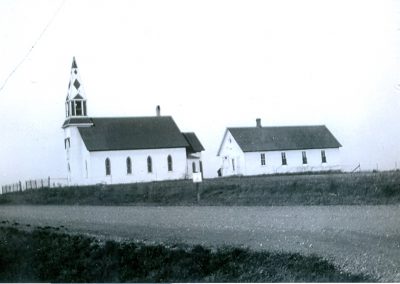 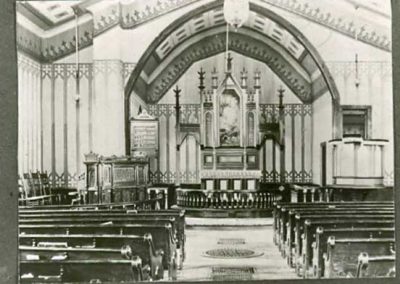 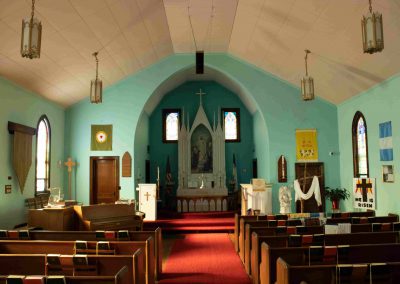 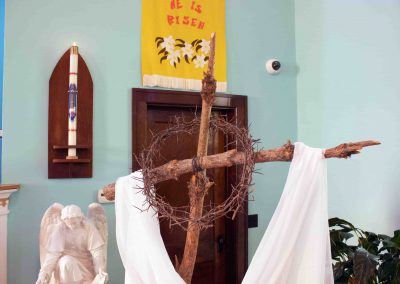 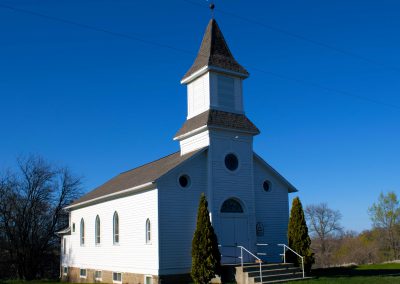 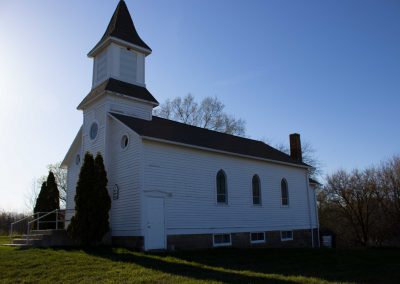 We Gather Every Sunday 8:45 am